Cuban coffee brands are as diverse as the culture itself. The country’s coffee growers have had a long history of using quality ingredients and innovative coffee production methods to create some of the most recognized coffee brands in the world. There are many coffee shops, cafes, and restaurants all across the country. Their success lies in crafting unique recipes for locally produced coffee.

With their coffee-growing technology, Cuban coffee beans are considered to be the finest in the world. The best Cuban coffee beans have a rough aroma, but it’s the hint of spice that one encounters when tasting which distinguishes them from other coffees.

Coffee is an important part of Cuban culture. Here our team lists six popular brands of Cuban coffee, with full-length reviews and a quick buying guide so that you can purchase the right brand of Cuban coffee for your home or workplace. Find out below.

What’s in the Article

We have 1 Cuban coffee representative for each brand. Here we go, let’s start! 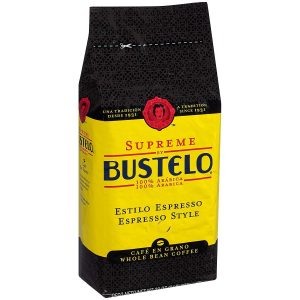 Bustelo cuban espresso coffee is one of the best Cuban coffee brands. The secret to Bustelo supreme whole bean is roasting them in small batches, which they say allows for more precise control and delivers the freshest possible product. Having received accolades for its cafe con Leche, it’s a rich, dark bean that allows you to control the density of the grind to perfect your desired flavor and texture.

Pilon Restaurant Blend is a 100% Natural Arabica coffee with a smooth taste and rich body. This special brew is comprised of Rich flavor and aroma, low acidity, and a smooth finish. This coffee is ideal for restaurants, coffee houses, and foodservice establishments.

If you’re looking for a great everyday coffee, Pilon is the way to go. It’s bold and flavorful, with hints of chocolate and caramel. 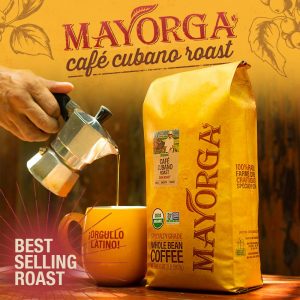 Mayorga Organics Café Cubano roast ground coffee uses 100% Arabica beans grown in the rich soils of the Dominican Republic. All of Mayorga’s beans are organically grown, roasted with care, and packaged to keep your coffee tasting fresh and flavorful.

To further enhance the smoothness of this coffee, Mayorga has used special techniques to increase its body. Mayorga Organics Café Cubano Dark Roast is one of the best when it comes to the world of Cuban coffee brands. It’s delicious, of high quality, and works well in any setting.

Get a full list of the best organic coffee beans here, if you fancy that. 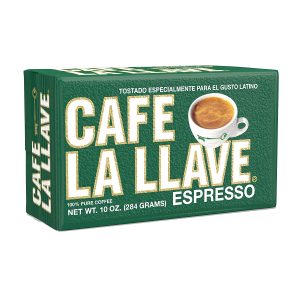 Café La Llave is premium Dark Roasted Cuban Coffee, carefully roasted to preserve its natural aroma and fresh taste. Café La Llave is Cuban Coffee 100% pure Cuban coffee bean and is made from beans that have been grown in Cuba. There is a rich, full-bodied flavor, an aroma that is fresh and sweet. The smooth café Cubano espresso.

Cuban bean espresso coffee is rich, full of aroma, and slightly oily. This Cuban coffee is one of the best Cuban coffee in the world. A real beverage for connoisseurs, with its excellent flavor, a perfect crema, and a very pleasant aroma. Keeping in mind that usually black Cuban coffee espresso is bitter, it’s a real pleasure to enjoy this beverage by adding a little bit of sugar. 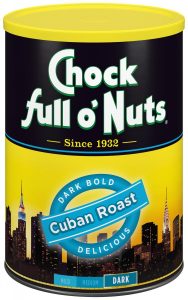 Chock Full O’Nuts Cuban Roast is a ground 100% Arabica coffee which is made from specially selected beans of Central American origin. It has all the bold, dark-roasted, rich flavors you would expect from this classic roast style. It also has a unique, creamy fullness on your tongue that gives it an extra punch and richness. This is a great choice when you want a traditional Cuban coffee flavor. 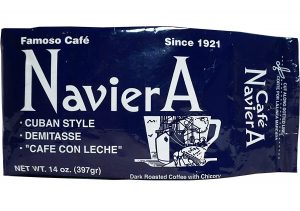 Naviera Cuban style coffee is produced from natural ingredients where the best beans are selected and blended with especially natural flavors, aromatic essences, and spices that contribute to their ability to be presented at international flavor competitions. The beans are fresh and it doesn’t have that burnt flavor to it.

If you are looking for an everyday coffee that delivers a strong taste and bold aroma, Naviera is an excellent choice. This Cuban-style coffee will never let you down; as long as you enjoy a dark roast Cuban coffee, it will deliver consistent flavor each time you brew it. With that said, in our opinion, Naviera would likely pair best with milk and sugar to mask some of its bitter undertones for the beginner coffee drinker.

If you love this, I’m sure you’ll like the best dark roast coffee beans on this list as well. 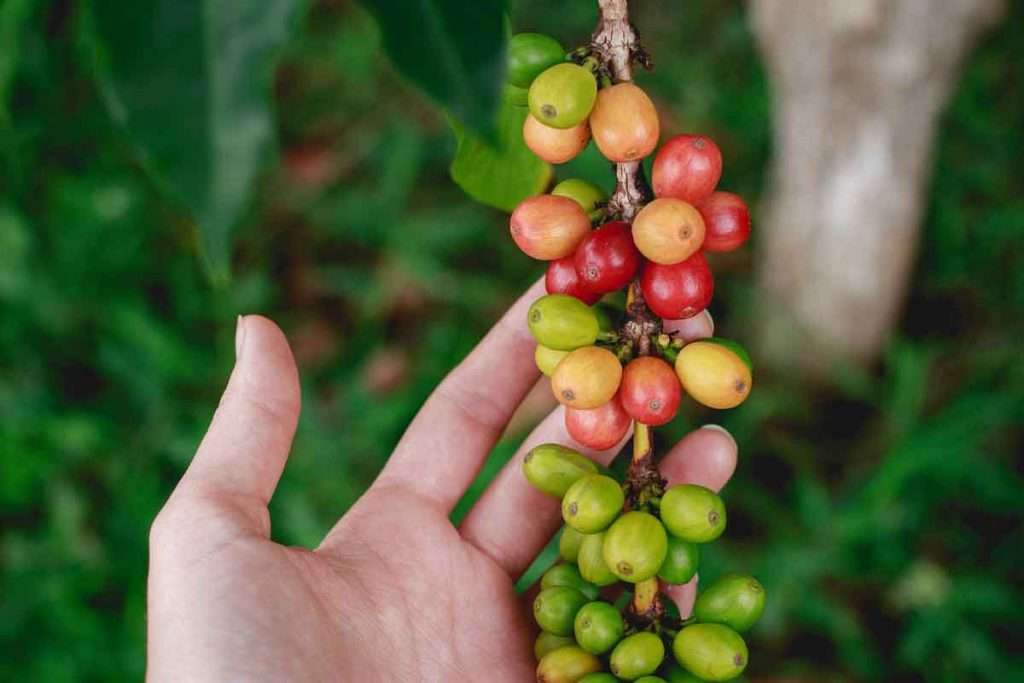 Cuban coffee is a popular drink in the Caribbean and Latin America. It is a dark, robust mixture made from a brewed decoction of ground coffee beans with a little sugar and sometimes milk.

The modern style of Cuban coffee was developed in the late nineteenth century, when it became fashionable among Cuba’s wealthy elites to drink espresso-style coffees which were similar to cappuccino. In the early to mid 1900s this became known as café cubano. In the 1950s, rationing during the Cuban Revolution led to a reduction in imported beans. Cubans then began roasting their own beans from local varieties such as café pasilla or salvado and using pre-ground corn or rice flour (known as “miel” or honey) to sweeten the coffee.

Since then, Cuban-style coffees has become popular all over the world and is now enjoyed in many different variations. Some people like their café cubano with a lot of sugar, while others prefer it with cream and/or whipped cream. And nowadays you can even find variations that include chocolate, hazelnut, or other flavors.

No matter how you like your Cuban coffee, it’s sure to give you a nice caffeine boost.

If you can’t decide if it’s cuban dark roast, medium or light. Check out our full list of the the best coffee beans here. 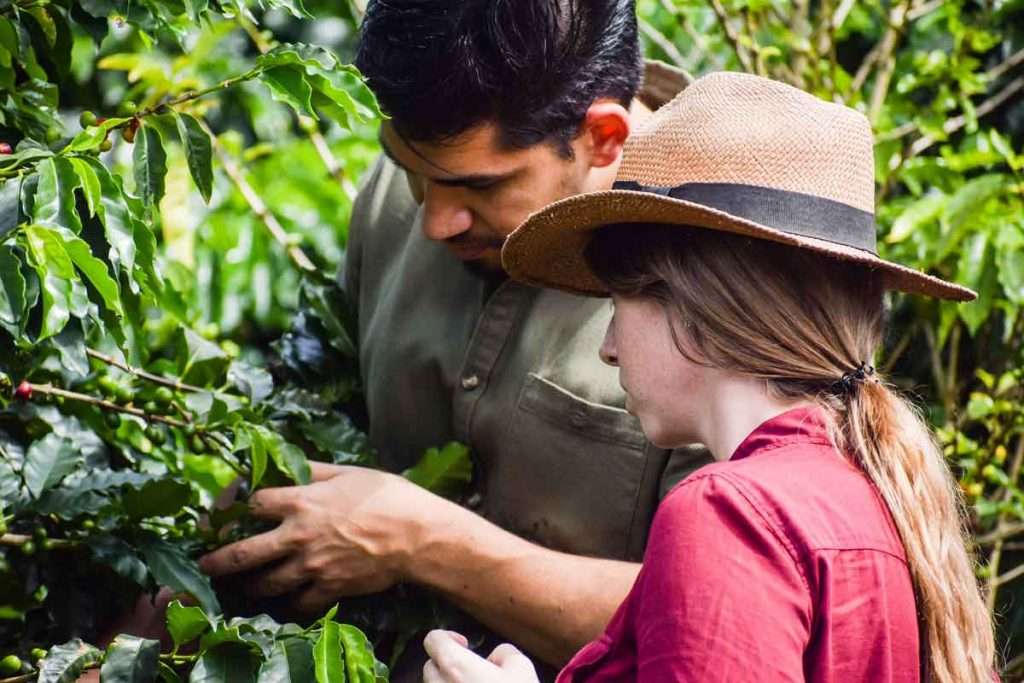 Buying Cuban coffee has never been easier. As word gets around that the world’s finest coffee comes from Cuba a lot of people are buying it in bulk.  It is not surprising that they want to buy larger quantities rather than smaller ones. The problem is that there are so many brands of Cuban coffee out there and each brand has its own flavor and taste. However, once you learn about some of the factors to consider in buying Cuban coffee, you can easily choose which one to go for.

There are three types of roast used in Cuban coffee beans: light, medium and dark roast. Each has its followers and with good reason, each one offers subtle but different flavors. Whether you prefer one type over the other will be subjective. Each person will have their own preference for the Cuban coffee brand that meets their taste.

The final price of the coffee is determined by several factors:type of the material from with the coffee beans are made, where it was grown, climate, altitude and quality of these growing areas. Cuba is famous for its high-quality Arabica coffee; however, there are other species such as Robusta coffee beans known for its strong taste that complement well for espresso drinks. After all people do not pay hundreds of dollars for a pound of coffee just because it tastes good, it’s about the experience and what the coffee represents as well.

There are four different types of Cuban coffee, each region with their own way of producing the drink. 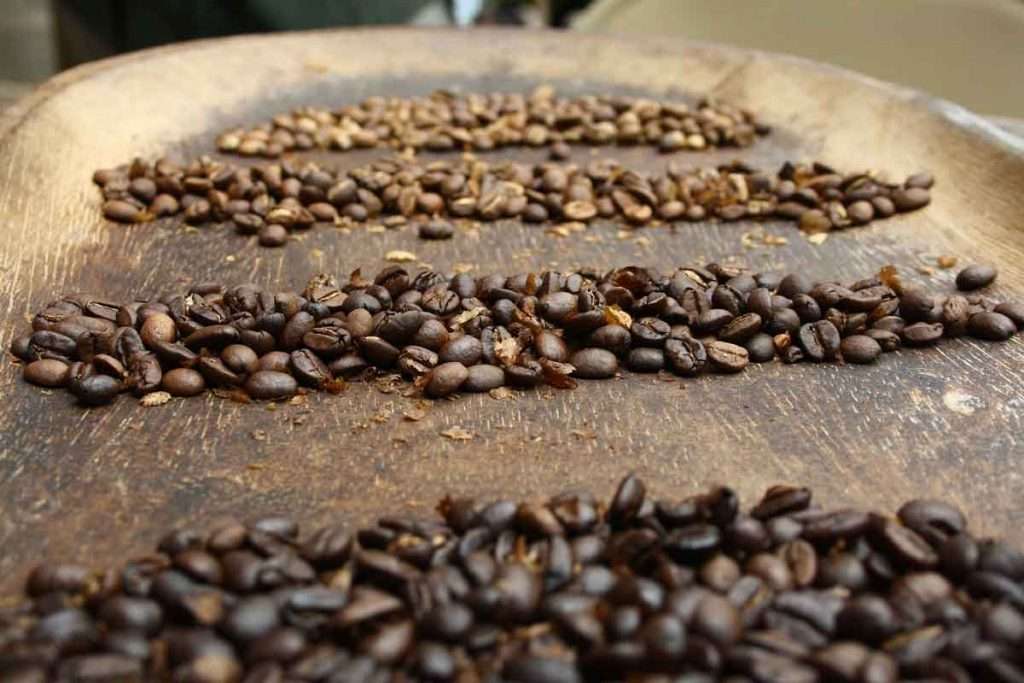 There are many different ways to make café cubano. Some people like to add cream or milk to their coffee, while others prefer to drink it black. No matter how you like to prepare it, café cubano is a delicious and satisfying way to start your day.

The Colado is a uniquely Cuban coffee beverage that’s usually served in large portions with tiny cups to pour for each guest. The fact that this gets its own name really tells you something about Cubans and their drinks – they are just café cubanos made even bigger so everyone can enjoy them!

It is also a Cafe Cubano but the Cuban coffee is traditionally served with some hot steamed milk in a separate cup. The hot milk is then poured into the espresso cup before being consumed. This serves to stretch the coffee and create an extra-rich variation on cappuccino.

The Cortadito coffee is a traditional Cuban espresso drink. It is typically prepared with one shot of espresso, plus semisweetened steamed milk and sugar. The drink can be served in small cups or glasses called “trocadores”, hence the name cortadito which means “short”.

So, after a thorough analysis of these brands, we suggest that the best Cuban coffee is Supreme by Bustelo Whole Bean Espresso Coffee. This dark roast whole bean coffee is fresh, smooth and with a wonderful aroma.

It is the best of the best among all cuban coffee brands, with a rich and robust flavor that still remains mellow, with just enough of a kick to keep you going throughout your day. It’s a great brand to try if you are trying Cuban Coffee for the first time.

Brew coffee the right way by studying how the pros do it and tweaking it a bit to your own preference. We have the resources for you here.