How Much Caffeine in Cold Brew 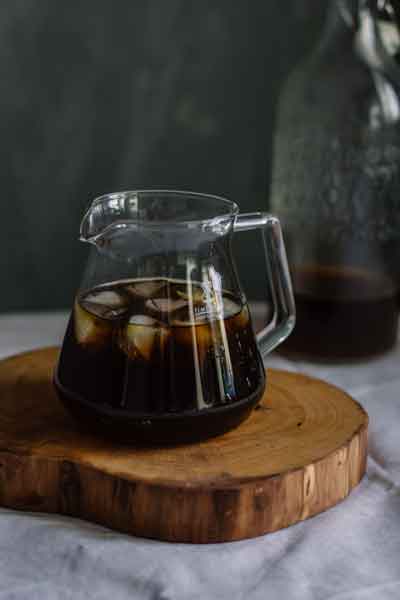 Caffeine, how we love you! This well-known molecule transforms our morning coffee into so much more than a tasty way to start the day.

Caffeine is known to be abundant in cold brew. It’s touted as the go-to coffee for when you’re in need of a boost. Is it, however, caffeine-rich?

Cold brewing is said to provide a number of benefits over other coffee brewing processes.

One of the benefits, according to its ardent supporters. Is that cold brew coffee has more caffeine than conventional coffee prepared with hot water.

Is this, however, the case? Is a cup of cold brew always more potent than a regular iced coffee?

What’s in this article:

I’ll offer you all the answers in this post, so keep reading!

Cold brew is as easy as combining ground coffee with cold water and steeping the mixture overnight in the refrigerator. The next day, filter the combination, leaving a concentrate (it’s powerful, so dilute it) that may be served right away or kept in the refrigerator for up to two weeks.

A cold brew coffee is made by brewing it with cold water or hot water and then adding an ice cube to it.

A few steps to making cold brew coffee at home are listed below.

The best coffee beans for cold brew is in this post. 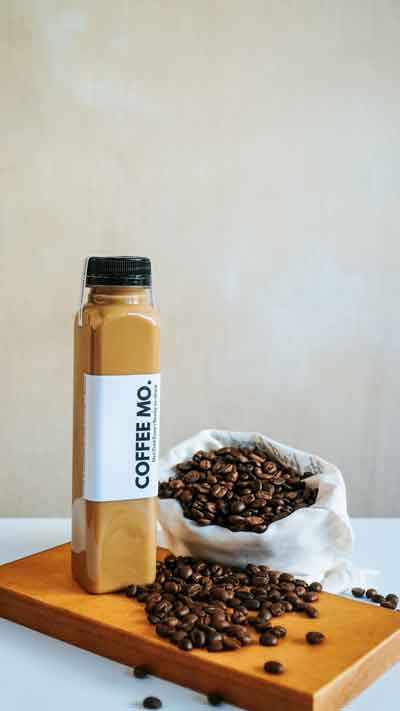 Little amount water is used up for cold brew yet more beans of coffee are in use compared to ordinary and regular coffee.

However, the caffeine level of different brands might range significantly.

Furthermore, several factors, including the amount of caffeine in cold brew, might determine how much caffeine is in it.

Caffeine levels are greater in certain coffee beans than others.

The temperature of the water may affect caffeine levels. When compared to cold water, hot water pulls more caffeine from the coffee beans. Size of the grind Coffee beans that are finely ground have a larger total surface area, which means they have more flavor. Therefore, Caffeine levels are greater.

It’s time to start brewing. The quantity of caffeine in your coffee is increased by steeping the beans for extended periods of time a component of the finished product

As a result, the caffeine content of cold brew and other coffee drinks may vary.

Caffeine content in cold brew is typically approximately 200 mg per 16 ounces (473 mL). Nonetheless, there the number of coffee beans used, the serving size, and other factors all determine the caffeine concentration. The type of bean, the temperature of the water, the size of the grind, and blending cold brew with milk.

If you don’t want caffeine, we have the best decaf coffee beans here.

What is the process of making cold brew? 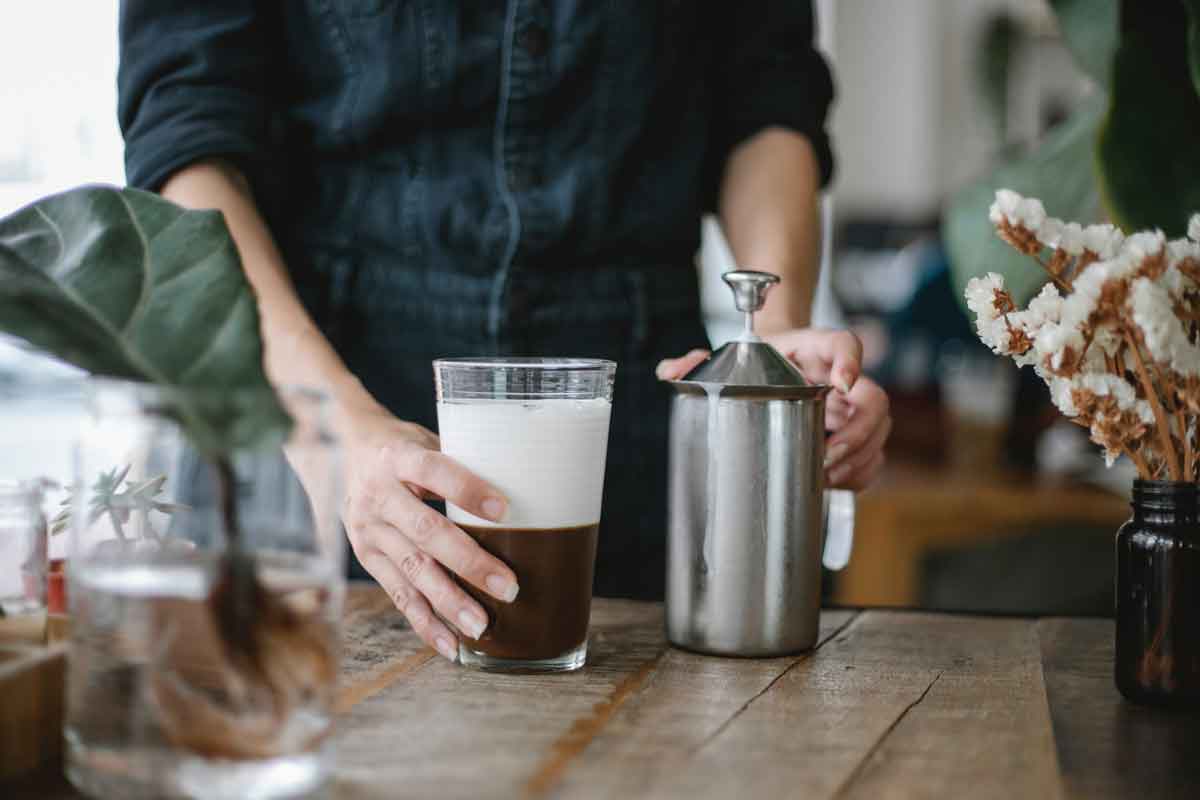 While most people are aware with iced coffee (brewed coffee poured over ice), there is another type of iced coffee.

Cold brew is another cold beverage that provides a unique sensory experience. Cold brew is what it is , made of water that’s cold. To create it, Immersion and Kyoto cold drip are the two major ways.

Coffee is steeped in cold or room temperature water for 18 to 24 hours with immersion. The

Coffee can be refrigerated or let to stand on a counter. When the steeping procedure is completed,

After that, the grounds are sifted out. The cold drip technique used in Kyoto is a little different. Water is gently poured via a tube in this scenario. For two to six hours, lie down on a coffee bed.

Cold brew is a versatile brewing method as well. It enables the user to change variables such as coffee.

They experiment with origin, grind size, and brewing time until they find a cup that works wonderfully for them.

As a result, the beverage is more adaptable, has a smoother flavor, and is easier to drink.

Suitable for use in hotter regions

This is why it’s become so popular at specialty coffee shops. It’s available in stores all around the world and as a ready-to-drink (RTD) beverage.

Aside from that, it’s popular since it’s so simple to create in the comfort of one’s own kitchen also with home brewers. You’re ready to prepare cold brew if you already have a French press, a pitcher, or mason jars utilizing the immersion technique Cold drip brewers are easy to use for creating Kyoto drip at home.

It’s simple to use, affordable, and easily available on the internet.

Cold brew is commonly served over ice and is often brewed as a concentrate. It has a moderate, sweet flavor.

Smooth, with only a hint of bitterness and acidity, and ideal as a cocktail base iced coffee, mocktails, and other cold beverages

Why is there more caffeine in it?

Because of the coffee-to-water ratio, they contain significantly more caffeine. Two to three people are used in the first batch times more coffee than a hot brew technique producing the same quantity of liquid

Is it, in fact, more powerful?

It does not mean though that this type of coffee will have more caffeine content than regular ones.

However, because this brew technique often utilizes more beans than a hot brew, it’s difficult to compare the two.

Many factors influence whether cold brew has more or less caffeine than hot coffee.

Here are a few examples:

When making cold brew, the coffee-to-water ratio is employed. This is the amount of water required to dilute the cold brew concentrate.

The cold brew’s serving size and the coffee drink you’re comparing it to.

Cold brew has a wide range of caffeine concentration. This coffee is available in a ready-to-drink form.

You may buy cold brew coffee concentrate from a supermarket, a coffee shop, or prepare it yourself. Each Caffeine levels might vary greatly depending on the selection.

This is not, however, a usual caffeine dose for a cold brew.

A tall cup of Starbucks cold brew has 155mg of caffeine. In contrast, a comparable beverage at

Each serving of Dunkin Donuts contains 174 milligrams of caffeine (2).

Caffeine intake of 400mg per day is considered safe, thus most of these beverages are within that range. 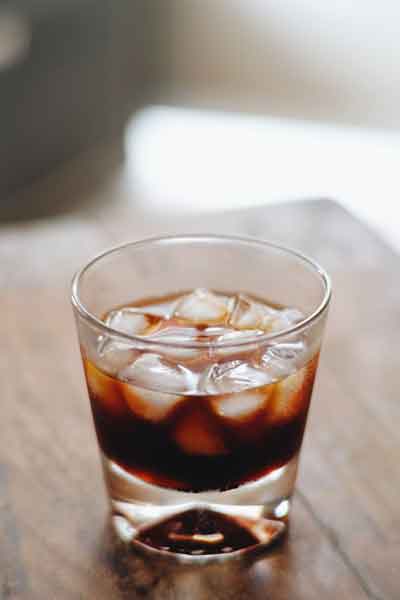 Coffee is a vital source of energy for millions of people all around the world. As we all know, the stakes are tremendous. The caffeine level is a major factor in why some individuals consume it.

However, there are a lot of misunderstandings about the caffeine amounts in coffee.

Coffee drinks of many varieties. Cold brew is no exception, and this chilly, refreshing version is no exception. This beverage is rapidly gaining popularity across the world.

With that stated, a cup of cold brew is usually stronger than a cup of iced coffee, drip coffee, or a shot of espresso.

So don’t be shocked if it makes you nervous when you order one at your favorite coffee shop.

I hope you found this article helpful.

If you have any queries, or just want to learn more about coffee brewing, visit our blogs.